Bringing in the Outermost Regions of Europe

News Bringing in the Outermost Regions of Europe

Bringing in the Outermost Regions of Europe

One-by-one tuna fisheries are spread all across the globe and that often leads our work into far-reaching, remote areas, this includes our work with the CCRUP – The Outermost Regions Advisory Council to the European Union.

The CCRUP was founded in 2019 to give small-scale fishers in Europe’s most outer regions to advise EU decision-makers. Many of these outermost regions are located in the Atlantic Ocean but there are also 2 French overseas territories in the southern Indian Ocean – Mayotte and La Reunion. 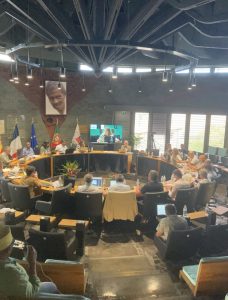 Every year, CCRUP comes together for a General Assembly in one of the outermost regions to connect with local fishers, reflect on work that has been done and plan for the year ahead to ensure the voices of small-scale fishers are well represented and key issues are covered in advice presented to the European Commission. This year, the General Assembly was in Mayotte, a small, low-lying island situated between Madagascar and the Comoros islands. The island officially became a French Department in March 2011 and part of the EU in July 2014 and its economy is mainly based on agriculture and small-scale fisheries, which fish mostly for open-water species and reef fish. Therefore, like many small island territories, fisheries offer an important resource and provide security to local livelihoods. However, there is room for improvement in how this island and its fishers are supported.

The meeting was attended by CCRUP members from across the outermost regions as well as representatives from the French, Spanish and Portuguese Ministries, however, unfortunately the European Commission could not attend. At the meeting, the group heard from the Ministries on how data is collected and used to make changes in the fisheries, discussed what has been achieved in the last year, and heard from local fishers about the key issues they face. At the Pelagics Working Group IPNLF’s Policy Manager, Emilia Dyer, presented on the 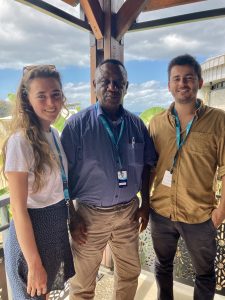 information currently available on the fishing activity and opportunities for Mayotte and La Reunion.

Despite both being French territories, the fisheries of Mayotte and Reunion are vastly different. Reunion is characterised by many industrial and small-scale longline vessels which fish for tuna and swordfish which are largely exported, whereas Mayotte has only small-scale vessels, most only big enough to fit 1 or 2 people on, which fish for tuna to feed the local communities. Due to a lack of support and fishing opportunities, the fishery in Mayotte faces great challenges, along with the rest of the region where a significant amount of the population lives below the poverty line. There is a lack of understanding of the socio-economic or environmental context of these fisheries, but it is clear that these fisheries provide much-needed employment and livelihood security for these communities, however, there is unused potential here which could be actualised through more data and tailored support for the communities here. It is vital that these islands, as part of the 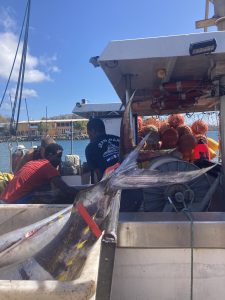 European Union, are supported and empowered by the European Commission through better fishing and market opportunities.

The CCRUP and IPNLF, is committed to pushing for further support for the outermost regions and Mayotte, in particular, whose fisheries provide a vital potential socio-economic support for the community.