IPNLF urges ICCAT to recognise the disproportionate burden faced by small-scale, low-impact fisheries when considering potential catch limits in upcoming discussions about the allocation of bigeye tuna fishing opportunities. ICCAT is convening 1-3 September 2021 for their second intersessional meeting to further the management of overfished bigeye tuna and a key focus of this meeting will be on the allocation approach to support improved compliance with the total allowable catch (TAC). We call for ICCAT to apply all of its own allocation criteria (Resolution 15-13), thereby ensuring equitable and just allocation that aligns with the global Sustainable Development Goals (SDGs). 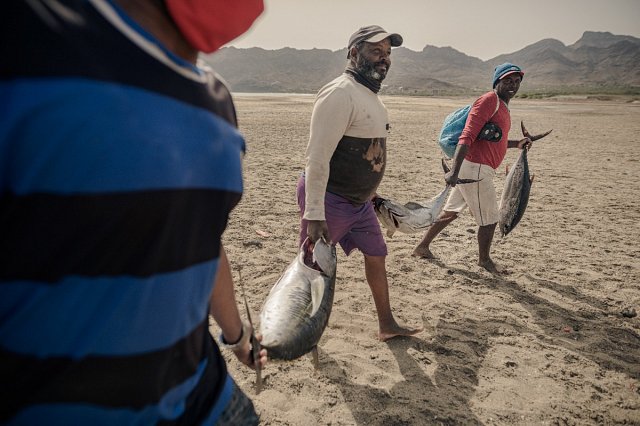 The results of this year’s bigeye tuna stock assessment are delayed, so we’re forced to base our position on previous outcomes, although we are also acutely aware of the impact that catch limits typically have on those fisheries that use the most selective and responsible tuna fishing methods. Taking into  consideration the lowering of ambition during negotiations in 2019, which resulted in a bigeye stock rebuilding plan that was based on broad consensus rather than setting ambitious targets, we are concerned that the bigeye tuna stock status is unlikely to have improved significantly. Clear evidence is also still lacking to confirm that key components of the rebuilding plan, such as the annual FAD closure, have actually been successfully implemented. While rebuilding of the Atlantic bigeye tuna stock is crucial, it is important that small-scale fisheries’ critical contributions to coastal States livelihoods are recognised while the management of tropical tuna fisheries (ICCAT Recommendation 19-02) is further improved.

One-by-one tuna fisheries (handline, pole-and-line, troll) provide essential jobs and recirculate wealth back into local economies in some of the most isolated regions. They reflect an old tradition with cultural importance, while supplying a healthy and sustainably-caught source of protein. The fact that bigeye tuna has been overfished remains concerning and threatens food security as well as the resilience of coastal livelihoods to climate change, pandemics and other future shocks.

IPNLF would very much support application of an approach similar to the polluter pays principle, whereby those fleets causing the most damage to the stock and ecosystem take the greatest cuts in their allocation. This will encourage  greater accountability and drive more responsible fishing amongst fleets imposing the greatest impacts upon these internationally shared fish stocks. After all, small-scale fisheries catching tuna through one-by-one methods have not driven the overfishing of highly migratory and productive tuna populations, but they do face the most dire consequences if stocks collapse. These fisheries tend to be seasonal and they do not have the capacity to harvest entire tuna schools when using one-by-one methods, always leaving some tuna behind to reproduce. Despite this, island regions like the Azores, Canary Islands, and St Helena have self-imposed stricter national limitations than are required by ICCAT, illustrating how important the sustainability of tuna fisheries is to their local stakeholders and economies.

It is important for the one-by-one tuna fishing sector, that the disproportionate burden of enforced catch limits is fully recognized. In this respect, we urge that ICCAT’s own Allocation Criteria (Res. 15-13) are duly applied when developing a new allocation mechanism. As noted by IPNLF’s Atlantic Region Manager, Yaiza Dronkers, “previously, bigeye tuna catch limits, or quotas, have been distributed among seven states, which together accounted for 89% of the total allowable catch. Priority treatment should have been provided to coastal States, developing States and artisanal and small-scale fisheries, but instead, 63% of quotas were allocated to distant water fishing nations, 83% to developed countries, and almost all to industrialized fisheries.”

When it comes to small-scale fisheries, IPNLF is of the strong belief that small-scale fisheries should not be the ones paying for the overfishing primarily caused by industrial scale fishing methods. This would be in line with the various international agreements and instruments that exist to promote a more just and equitable world. Yaiza added, “such inequity is not acceptable and it stands in direct contrast to the SDGs and many other international agreements. I hope we can quickly resolve these issues with sufficient political will and action.”

With regard to negotiating a new TAC based on the latest scientific advice from the Standing Committee Research and Statistics (SCRS), biological productivity limits need to be respected and a precautionary approach should be applied. As such, we would like to see the TAC pursue rebuilding with a probability of success well above the current 50%, and with the shortest possible rebuilding timeframe.