Turning The Tide on Ocean Plastic Pollution in the Maldives

News Turning The Tide on Ocean Plastic Pollution in the Maldives

In the world’s ocean today, marine wildlife face a constant existential threat. Due, in part, to a lack of regulation, commercial fishing vessels lose or abandon between 500,000 and 1 million tons of fishing gear each year. It is estimated that such fishing gear makes up 10% of ocean plastics, and up to 86% of large floating plastics in areas such as the Great Pacific Garbage Patch.  Known as “ghost gear”, discarded nets, drifting Fish Aggregating Devices (FADs) and other fishing equipment, drift aimlessly at sea unless otherwise removed.

The scale and nature of this abandoned gear means that it poses a significant threat to the biodiversity of our oceans as it entangles, suffocates and kills millions of marine animals every year. Ghost gear is thought to have already contributed to the demise of 45% of threatened species on the IUCN Red List, and up to 960,000 silky sharks are entangled and killed every year in submerged appendages of dFADs in the Indian Ocean alone! Whilst it may be out of sight for many of us, these deadly contraptions have haunted marine life since the ‘70s and will continue to do so for years to come. 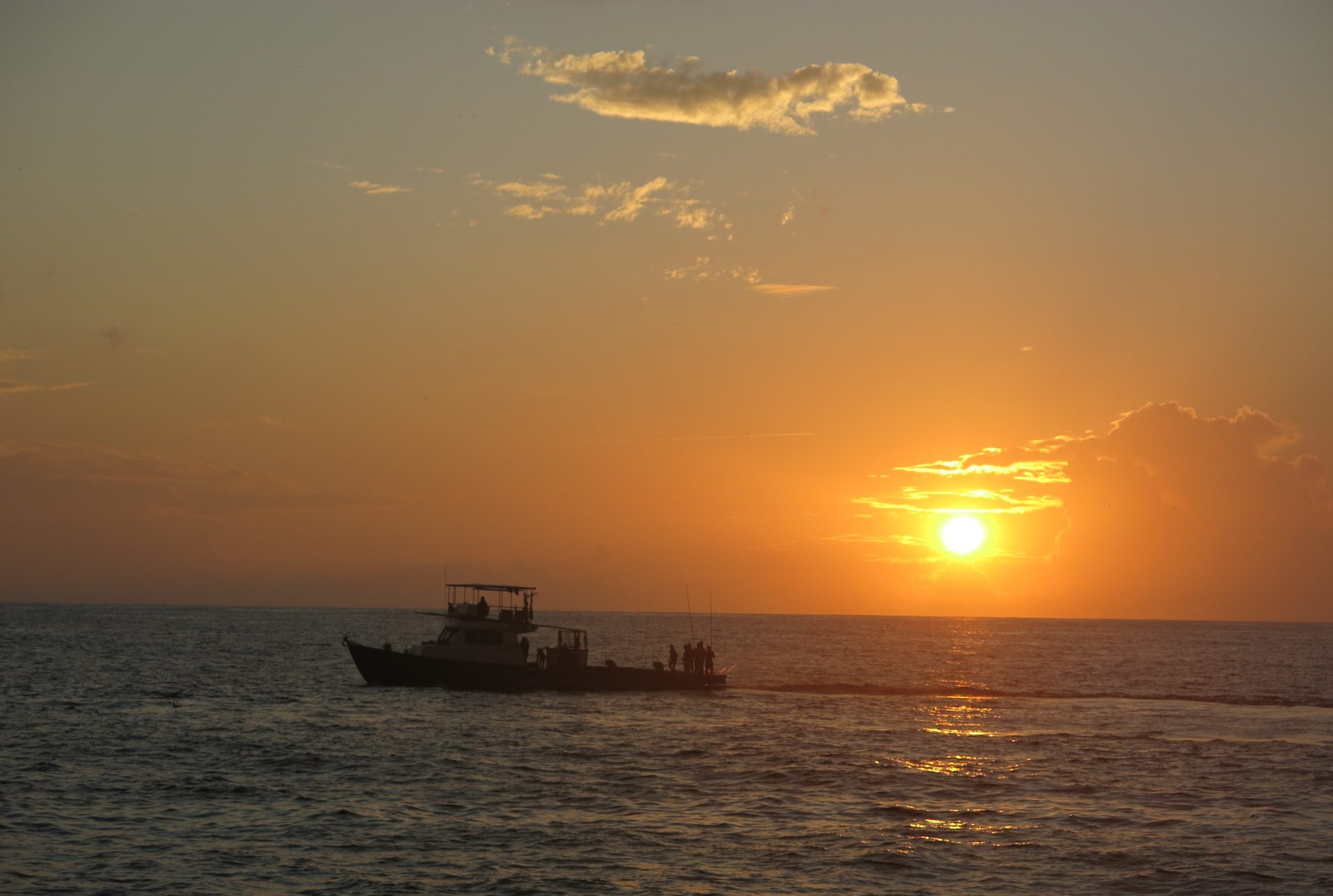 The Maldives is an ocean sanctuary with pristine habitats and home to a myriad of marine species. Despite commercial net fishing being illegal in Maldivian waters and the national fishing fleet only using environmentally sustainable pole-and-line and handline fishing methods, ghost nets are becoming an increasing threat to wildlife here. This threat is brought about by commercial net fishing which is rife in other areas of the Indian Ocean. Ghost nets and drifting FADs abandoned by vessels operating elsewhere in the Indian Ocean drift into Maldivian waters killing marine species, like turtles and sharks, and damaging critical habitats, like coral reefs and seagrass beds.

The IPNLF Joanna Toole Ghost Gear Project, in partnership with the Olive Ridley Project, incentivised Maldivian one-by-one fishers from 12 vessels around Gemanafushi Island to tackle this issue by collecting transboundary ghost nets they encountered during their fishing operations. By utilising the strong, cooperative relationships IPNLF has built with fishers around the island, and the Olive Ridley Project’s best practices for turtle disentanglement from nets, IPNLF were able to develop an at-sea ghost gear collection programme and ensure the safe release of entangled animals. By collecting nets at-sea, the ghost fishing cycle of nets was drastically curtailed in comparison to collecting beached nets, thus increasing the likelihood of survival for entangled Olive Ridley turtles and other affected animals that are listed as Endangered, Threatened, and Protected. During ghost gear collection, fishers were to note the location of collection and bring ghost gear aboard to be dismantled or stored before being taken back to shore. Back on land, ghost gear was weighed, recorded and then either responsibly recycled, or distributed among the community to be upcycled. 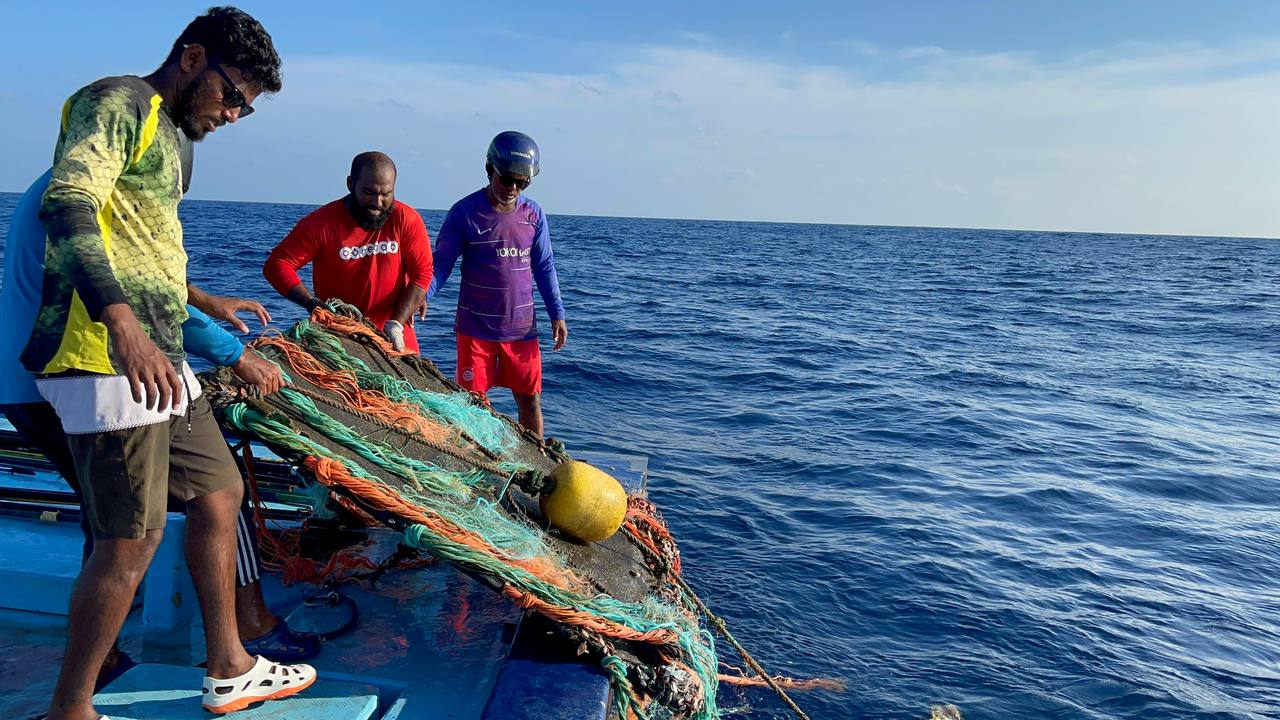 The fundamental aim of this project was to show that fisheries can remove more plastics and fishing gear from the ocean than they lose through their own operations, in order to set a new standard for what is considered best performance in the sector. By the end of the project, these one-by-one tuna fishers from 12 small vessels in Gemanafushi Island collected enough ghost nets to offset the total weight of all gear loss contributions of half of the national Maldivian fleet (almost 350 Maldivian vessels). These achievements demonstrate the scale of the impact that can be had by a small fraction of fishers. 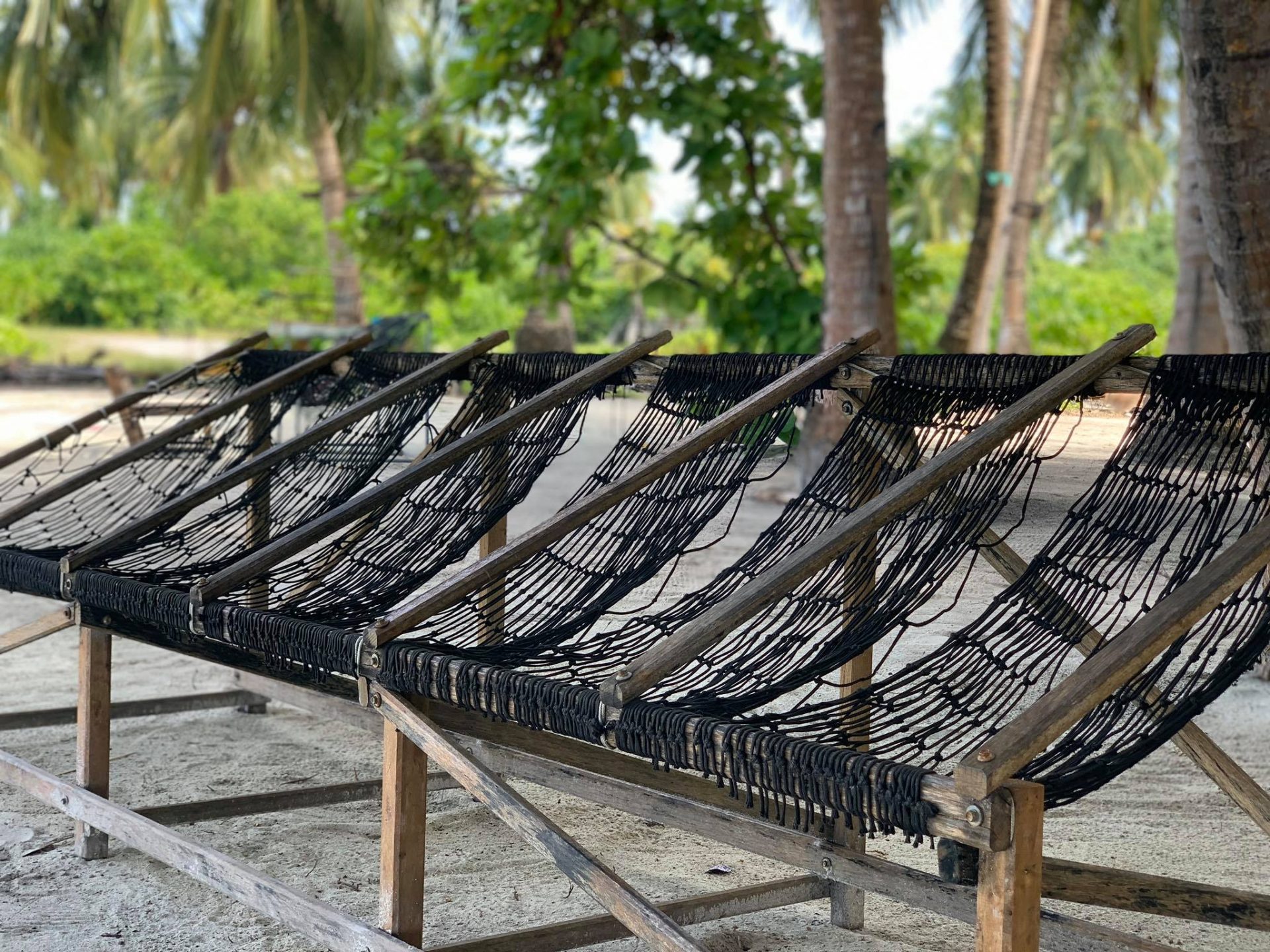 Another important aspect of the project was to test the possibility of reusing and upcycling the ghost gear within the community. Across all the gear that was collected, more than half was repurposed as plant pots for locals and even into community chairs. Any gear that couldn’t be upcycled due to severely degraded quality or biofouling was disposed of through local waste management systems. 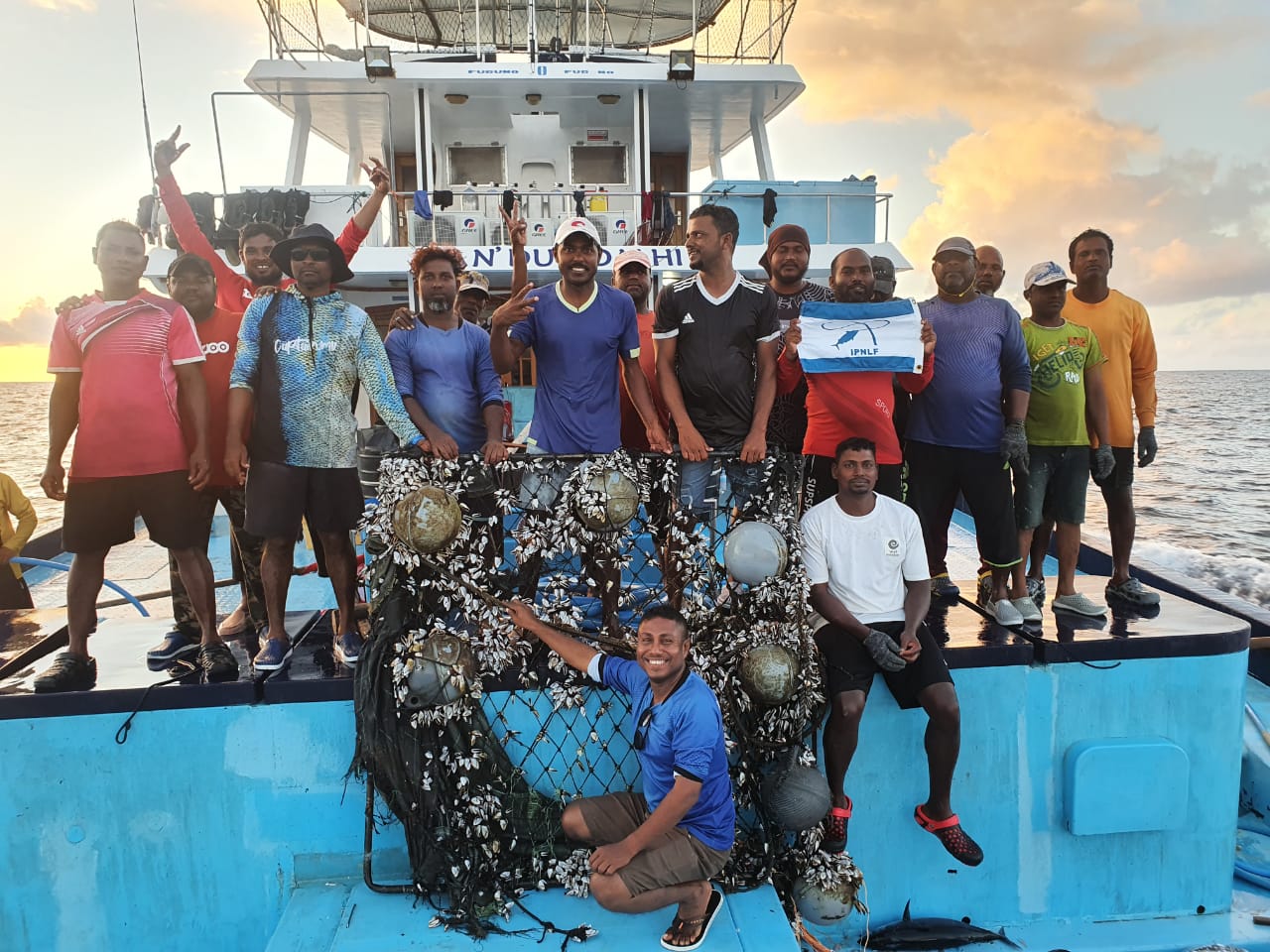 management. We now have a better understanding of ghost gear around the Maldives, from which, we can hold the worst performing areas of the fishing industry to greater account for their negligible marine pollution. Additionally, the project pioneers practical solutions for ghost gear removal and repurposing, and demonstrates great potential for fisheries to aspire to remove more fishing gear from the ocean than they lose. These fishers have demonstrated how tuna supply chains can become less wasteful, and even plastic positive, as we turn the tide on ghost gear.

Moving forward, the greatest success of IPNLF’s Ghost Gear project in the Maldives is that we have established a model that can be scaled up, replicated around the world and developed to add new economic value to these upcycled materials. Inspired by the success of this project, IPNLF has since committed to ensure that the plastic footprint of the fisheries it works with across the globe is reduced, and that these fisheries aim to become ‘plastic neutral’ by 2025!

We look forward to a continued partnership with the Olive Ridley Project,  fishing vessels in Gemanafushi island, and Gemanafushi Island council who have all engaged with the project to help remove and repurpose ghost gear. This vital collaboration has helped establish a sustainable ecosystem for future generations, and allowed Joanna’s legacy to hopefully live on beyond the scope of the project.