How one-by-one caught tuna benefits your personal health as well as contributing to healthy oceans and its local coastal communities.

IPNLF supports tuna fishing through the one-by-one technique. But why should you?

Tuna caught with one-by-one methods has many beneficial factors due to the way it is caught. 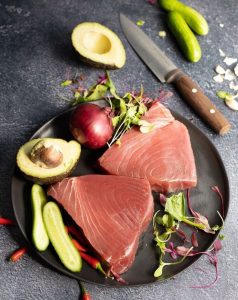 For years, research has shown how the foods you eat affect how you feel and the health benefits of eating fish, especially wild caught tuna as it’s so beautifully rich in iodine, vitamin D, omega-3 fatty acids, and niacin (Vitamin B3).

The one-by-one techniques use one hook, one line, and catches just one fish at a time. This means that the fish caught has been handled with care from the fishers; the fish is processed quickly and promptly chilled, resulting in a premium quality product, unlike nets where fish can be crushed under the weight of others or with other techniques, left to hang for hours or days in the water. Moreover, the one-by-one technique is an active technique. The fishers are always involved in what their equipment is catching and the tuna they are handling.

These factors ensure that the tuna provided by the one-by-one-technique is full of flavour and nutrients. The lack of stress, the freshness of the fish, and the maturity of the tuna makes sure that it is packed full of protein and important oils and vitamins, resulting in a premium quality product and making it the healthiest choice for your plate. 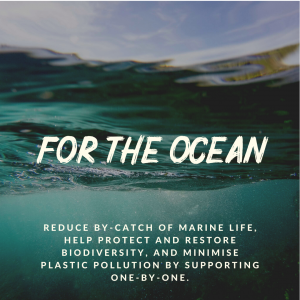 One-by-one caught tuna is also beneficial for the ocean. The fishers use one hook, one line, and catch one fish at a time. This gives the fishers the most control over what fish they catch, meaning that there the ocean’s fish stocks are not depleted, and there is virtually no bycatch, or the inadvertent fishing of other protected species, because fishers can see what’s on their lines.

The gear itself is also actively looked after by the fishers, and IPNLF reports that it has the least amount of plastic pollution in the ocean of all commercial tuna fishing methods, keeping our oceans free of ghost gear as opposed to industrial fishing gear. These nets and fishing methods used such as Fish Aggregating Devices (FADs) are often abandoned in the ocean and left to drift; a staggering 640,000 tonnes of fishing gear is estimated to be lost or abandoned in the world’s seas annually, causing plastic pollution in the waters that fish and marine habitats become entangled in.

The fishers that IPNLF work with have created communities centered around the important work of the one-by-one fishing. The industry is the heart of the family and the community as one-by-one are ancient fishing methods that have been passed down from generation to generation.  Small-scale one-by-one tuna fisheries employ approximately 50 times more fishers compared to large-scale industrial fisheries, which means it’s providing for more jobs than any other tuna fishing methods. It provides local jobs for local people all around the world, generating a higher standard of living, and is a gender inclusive industry as almost 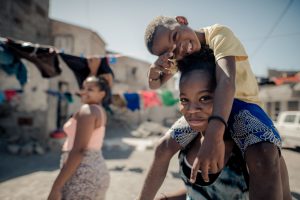 50 percent are women. One-by-one fisheries are characterised by local ownership, fishing closer to shore and for shorter lengths of time, which means ensuring decent work conditions and lowering the risk of human rights abuses.