After 9 days of negotiations, the Annual Session of ICCAT 2022 concluded in Faro, Portugal, yesterday with the following outcome highlights:

Landmark outcomes were achieved for some species including for the bluefin tuna stocks in the north Atlantic and Mediterranean Ocean which, after 12 years of negotiations, now have adopted management procedures in place. These management procedures, which will be reviewed again in three years’ time, use key scientific indicators of stock status to calculate the total allowable catch (TAC). This agreed systematic procedure  will alleviate many of the challenges associated with agreeing on a TAC, and will hopefully ensure the sustainable management of Atlantic bluefin tuna stocks into the future. 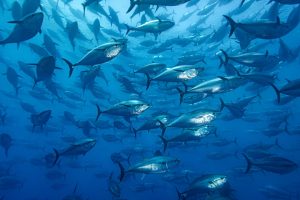 In parallel to the encouraging progress made for bluefin tuna stocks, negotiations on the measure for tropical tuna species, and this year specifically bigeye tuna, were difficult and the Commission could not reach consensus. Ultimately, an amended rollover of the previous measure (21/01), which was initially adopted in 2019, has been adopted. The rolled over measure maintains the previous TAC of 62,000 tonnes, with associated catch limits, and the previously agreed controls on the use of fish aggregating devices (FADs). The FAD measures, which include a limit of 300 FADs per vessel, a 72-day oceanwide FAD closure and the required use of non-entangling materials in FAD designs will continue to mitigate the harvest of juvenile tuna, bycatch, animal entanglement, habitat damage and pollution impacts caused on the largest scale by drifting FAD designs. 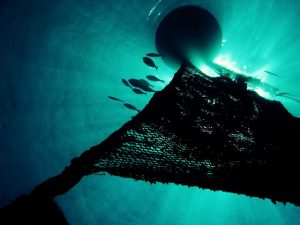 IPNLF are pleased to see that FAD measures have been maintained and that clearer direction has been given on the FAD data that fleets must submit. This will inform scientific developments and improve management measures to increase transparency of FAD use into the future. We hope that with clearer requirements on what data must be submitted to the Scientific Committee (SCRS), the Commission will be able to better understand and sustainably alleviate the impacts of FADs on juvenile tuna and broader ocean ecosystems. Nevertheless, there remains a long way to go to develop and adopt a new measure for tropical tuna in the Atlantic which will achieve truly equitable, sustainable fisheries management for these stocks, with an ecosystem approach. In addition, it is important for tropical tuna that the Commission upholds its commitment to develop Harvest Control rules (HCRs) for bigeye, yellowfin and skipjack tuna.

Other key achievements included an increase in catch limits for the south Atlantic albacore stock in response to improvements in the stocks status which will be of great benefit to small-scale, one-by-one fisheries in the south Atlantic Ocean. In addition, the Commission adopted new measures to protect mako sharks in the southern Atlantic Ocean by ending overfishing and improving the status of the stock, as well as a resolution on climate change, originally proposed by the United States. This, encouragingly, follows the adoption of a climate change measure proposed by the Maldives for the Indian Ocean earlier this year and is the first of its kind to be adopted by ICCAT. In line with the Maldives’ proposal, it mandates that the Commission invests in improving its understanding of climate change and considers the potential impacts of climate change on ICCAT target species and species in the rest of the ecosystem. This will encourage the Commission to take a more holistic ecosystem approach to fisheries management and we hope that similar steps will continue to be taken and expanded upon in other RFMOs.